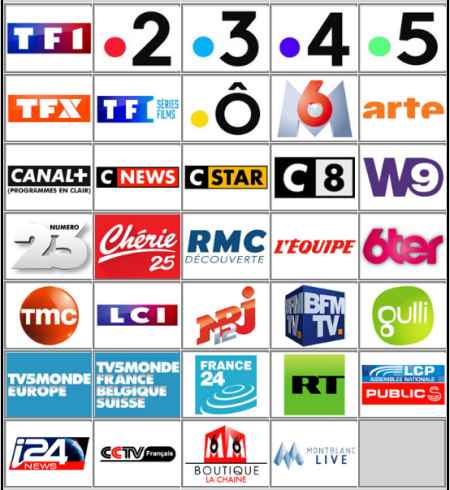 I can supply most of the major manufacturers TNT products:

TNT or more correctly for us in the Uk ‘TNTsat’ has been around for a very long time now and in France , the set top boxes are available in supermarkets like E.Leclerc and most electronics stores like Darty

TNT remains the easiest French system to install, with the strongest signal here in the UK, the only drawback is the card, which although not too expensive to replace after its 4 year term, it’s a pain to order. Fransat avoids this problem with its non expiring card and now has a few more channels, Basque, Berbere and regional French to offer. All the HD receivers, from Aston, Thomson, Strong and Cahors are capable of multi satellite, if you want French + other Euro channels and they are all very similar to set up. First , when plugged in they will automatically tune and sort the French ( as you would expect ! ) channels , then by a “global” menu, offer other pre-set satellites and even input  transponders from non pre-set ones.

If you DO want multi-sat reception for instance French + German + UK then I would strongly recommend my Multi4 option, which uses a  receiver which has backup and restore functions. Actually tuning and sorting over 1000 channels in no easy task! 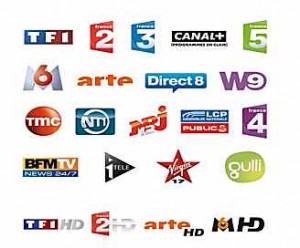 The model I supply is the latest Visiosat 7600

It is multi satellite capable so for those wanting the main French channels like TF1 AND some German or Spanish channels, this is the ideal satellite receiver when combined with a suitable dish

The new model Visiosat is very similar to the 7500 previous model with the addition of being able to switch satellites, the remote and most of the menu system is the same. The remote is sometimes too responsive, giving an accidental double press is too easy to do.

Channel organisation is great, giving the same channel numbers as the terrestrial receivers. The local France3 is selectable from the list and is easy to change its position in the list if desired.

Out of the box, you are asked to select the tv screen options 4:3 or 16:9 then your local France 3. Dont worry at this stage, it is easily changed at any time , from the main menu. After this it will install as a TNT box, giving all the 18 TNT channels in a list. Put in the Card at this point and try TF1, it should bring up the picture straight away. It is wise to check the dish alignment and plug in the dish socket, before the power is applied, for some reason I’ve had a couple of TNT boxes ( not Visiosat)  fail by not adhering to this rule, they got stuck in the update cycle and were not correctable, so had to be returned to the manufacturer.

After the TNT install, the software may be updated, just wait for it to complete, it is quite slow about 8 minutes last time.

If you want multi satellites now is the time to set this up, select ‘Search Globale’ from the ‘Install’ menu and set the diseqc settings for your satellite, then proceed to auto tune.My set up here is Hotbird and Astra 1 satellites.

The new 7600 is a ‘Canal+ ready’ box, so if you are able to obtain the card ( french residents only) this is a really great flexible box for the price, being enabled for the French freesat and Canal+ too!

Your 500 ish free channels that tune in can be structured into ‘Favourite’ groups numbered 1 to 6 , you can t actually name the groups unfortunately, but sorting them out is thankfully fairly easy, as long as you recognise the channel names. The Manhattan xt boxes are better in this respect ( I use the Manhattan for most free French channel installations ) as the groups can be named and the channels picture and sound are shown in a small window as you store them into groups. – so take notice Visiosat!

The picture quality really is very good, I was impressed with the overall quality of the box, in the last 12 months no failures have occured so I can recommend these units to you.

I only stock this model, which is SD Standard definition, if you want the HD channels , there are currently 4 available , email me for the price , I can make a special order for these. Similarly for the recording models.