Have a Joyeux Noel !

If you can’t be in France with Family this Christmas, enjoy a few Christmas programmes on the telly with a French Satellite Installation! Watch the celebrations” Le Réveillon” mass”,  le fête de lumiere”s in Lyon,  “La fête des Rois ” in the new year and hope not to meet Père Fouettard ! 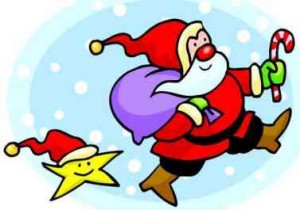 Get French satellite tv for Christmas

I can install many different French tv installations, from only £280 depending on channels required and location, email me with your post code for an estimate or for a quote, go to the main website , get your coordinates and tell me your requirements  – TF1 + M6 or France 2,3,5,0 Arte, TNT, Fransat or All french channels listed on the French Page

Such is the march of progress…. TNT box manufacturers  have decided to stop production of the SD ( Standard Definition ) TNT receivers, to concentrate on HD only.

I have noticed that all orders for the last year have been for HD boxes , in both TNT and Fransat. The trend is also towards recording boxes, or ones which have the ability to connect a recording device directly. USB discs ( the same as can be used on a PC ) , providing they are formatted correctly for the box, can be used to record programmes.  Hd channels do take up quite a few hundreds of  Mb for a one hour show, so  make sure you have a large drive, 500Gb seems to be ideal. The SD french boxes, with one exception did not have this option fitted.

Also , new tvs of course have a multitude of HDMI inputs and very few , usually only one now, scart connections. Scart leads give the older analogue signals, but for  top quality, a HDMI lead will give the best performance, being digital, it is not so easily interfered with, can transfer data at high speed and there is no compromise, as there is with composite video , this is the normal standard for video , which has been with us for the last 30+ years, since video recorders!

The only downside, in the demise of the SD box, is that many of my customers ask if the pictures can be taken to a second room , perhaps a bedroom. Unfortunately this means via aerial cable, which requires a modulator, virtually none of the HD equipment have modulators now, so there is now more expense , for an external modulator , if watching on a second set is essential. Another possibility is of course a second HD TNT box, but that will double  up the price . No doubt the manufacturers have already thought of that !